Tampa Bay in the past 15 years has added eclectic restaurants to a handful of traditional, can’t-miss places. Our recommendations blend those two elements and a pinch of geographic dispersal. Ranked in order:

10. Taco Bus – Everyone from college students to Guy Fieri has “discovered” the Taco Bus chain, which originated in a refurbished school bus. Now the five brick-and-mortar locations plus buses offer a range of Mexican hand-held wrappers that you can stuff with diced or shredded beef, beer-battered fish, even fermented soybeans. Also recommended: the butternut squash tostada.

9. Pane Rustica–This busy dining room offers flatbread pizzas, spectacular burgers, entrees such as acorn squash stuffed with chicken salad, and imaginative sandwiches on a choice of nine breads, all baked here. A changing mystery lunch entrée is the “Shut up and eat, don’t ask.” Save room for the bakery’s delish desserts.

8. Rococo Steak – No funeral home-turned-YWCA ever looked lovelier. Dating to the 1920s this building was recently converted into a steakhouse – the name refers to elaborate ornamentation – and a brewpub. The third-generation chef turns out both corn-fed and grass-fed steak options starting at 7 ounces, climbing to 22 ounces for a bone-in ribeye. The menu also offers Texas venison, Pacific oysters, creamed corn, and even quinoa and kale chips.

7. Maritana Grille– Not all beach restaurants are dive bars with sandy walkways. This dressy restaurant is the grand pink wedding cake that is a Florida Gulf coast landmark, Loews Don CeSar Hotel. The menu is big on fresh snapper and grouper with accents of the Med or the Floribbean (island and mainland). A solid wine list – with fine views from the bar, too.

6. Bella Brava – If it’s good enough for author Dennis LeHane, isn’t it good enough for us commoners? This trattoria and its horseshoe-shaped bar are just an open-collared shirt this side of fancy. The menu is to drool for: wood-fired oven flatbreads and pizzas, penne pasta with wood-grilled chicken, cotto ham, peas, roasted mushrooms and Asiago cream sauce. LeHane? The mystery writer lives about half the year within a mile of this downtown St. Petersburg restaurant.

4. Bern’s– Founder Bern Laxer’s restaurant offers the best aged beef, organically grown veggies and a superb wine list numbering more than 6,800 selections, many by the glass. It is arguably Florida’s No. 1 steakhouse. Insider tip: Sample all of this for less than $30 by sitting at the bar and ordering the steak sandwich and a glass of the house wine.

3. Z Grille– Named for ebullient founder and James Beard-nominated chef Zack Gross, this downtown room is usually crowded and can be loud, but sitting at the bar facing the show kitchen is fun. The menu includes Mexican-influenced staples; trademarks are the deviled eggs (emphasis on deviled: the core includes some avocado, while the egg is lightly topped with hot sauce, bacon and jalapeno) and Dr. Pepper-sauced fried ribs.

2. SideBern’s – Created to relieve crowding at Bern’s, SideBern’s has taken off: Chef Chad Johnson was a 2012 semifinalist in the James Beard awards, while general manager Dean Hurst is considered “a superstar in national bartending competitions,” according to the Tampa Bay Times. Johnson’s menu is “modern Mediterranean” themed: starters such as oysters with a smoked shallot and oak mignonette, entrees including sweet and sour duck breast.

1. Mise en Place – Opened in 1986, it’s still ahead of most of the competition. Check the menu and consider the cornmeal-crusted oysters with green tomato chutney as a starter, followed by venison loin with rabbit chorizo palla risotto. Do get the favored side: lobster Manchego mac ‘n’ cheese.

Having a Party or an Event? Let us bring the Taco Bus Experience to you! 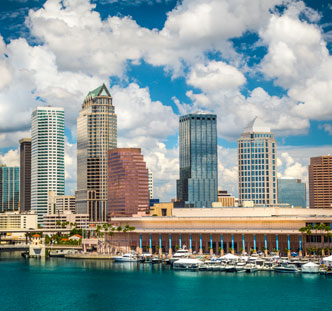 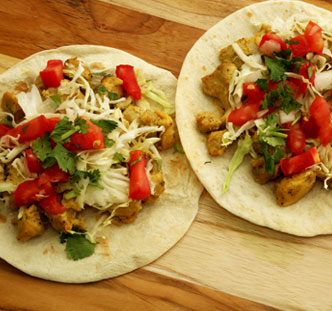 Sign Up Now
Logo
Taco Bus proudly delivers a healthy, fresh, authentic Mexican taste experience to our Florida fans. Just one bite of a burrito, tostada, or quesadilla, and your taste buds will be singing traditional Mexican folk songs! Visit us today at one of our locations and remember to Keep It Chido!
Follow us on Social Media for up to date specials and News